A study shows that people who drank coffee regularly have a less chance of dying than people who did not drink coffee at all.

Coffee statistics on health are very controversial. In this article, we will discuss the study that coffee can lower your risk of death.

Drinking coffee regularly has good effects and people who are drinking it regularly have a less likely chance of dying early from illnesses and diseases such as heart disease and diabetes.

How is coffee good for health?

Coffee has a large amount of good antioxidants, which are linked to a reduced risk of many types of diseases.

Coffee contains a wide array of vitamins such as Vitamin B2, B5, B3, Potassium, Magnesium, Manganese and many other antioxidants that are good for the body.

In a study of 90k healthy adults over a 10 year period, research shows that the coffee drinkers were less likely to die than the non-coffee drinkers. The risk was lower for adults who drank over four cups of coffee per day. The adults had to record daily coffee intake and other health details.

The coffee drinkers during the 10 year study had a decrease risk of dying from illnesses and diseases such as heart disease, diabetes, the flu, suicide and more. The study could not conclude any association with cancer mortality, not to say it is or is not linked.

How many people drink coffee?

Caffeine is the most commonly consumed psychoactive substance in the world.

So should you be drinking coffee? It depends.

For the average person, I would say yes, continue drinking your coffee because it has health benefits, such as lowering your risk of dying early from diseases.

I personally drink about 3 cups of coffee daily and don’t plan on stopping. My health is great.

Also, make sure to drink plenty of water as soon as you wake up. 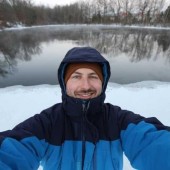 Harsh Anti-Smoking Ads May Have Finally Convinced us to Quit

British Study Suggests Chewing Gum May Be Beneficial For Concentration